There are superstar wines. And then there’s Highliner Pinot Noir, a vino that’s both movie star and kick-starter of a film-born wine revolution.

The movie about a Santa Barbara County wine-country road trip steeped in male midlife disappointment had its world premiere at the Toronto International Film Festival in 2004.

It became a critical and box-office hit, netting an Oscar for Best Adapted Screenplay.

In October, the Santa Ynez Valley wine region celebrates the 15th anniversary of the film that helped put it on the world map.

A scene from “Sideways”, which is celebrating its 15th anniversary in 2019. Visitors still venture to the Santa Ynez Valley wine region to replicate the film’s experiences. At top, Sanford Winery outside Buellton was the first tasting stop for Miles and gum-chewing Jack in the movie. (Film still courtesy of Twentieth Century Fox; Sanford Winery photo by Jeremy Ball)

Sideways is also credited with changing the California wine industry. More on that later.

Most people know Napa, but prior to Sideways, not as many were familiar with the Santa Ynez Valley wine region. In fact, some still think the movie was shot in Napa, about 300 miles north.

A 45-minute drive from Santa Barbara and just over two hours from Los Angeles, the rolling countryside and small towns of Buellton, Los Olivos and Danish-themed Solvang, are surrounded by vineyards and wineries that produce exceptional wines.

It’s a picturesque region for an unhurried road trip, with views, excellent restaurants and plenty of producers to visit to taste their wines. 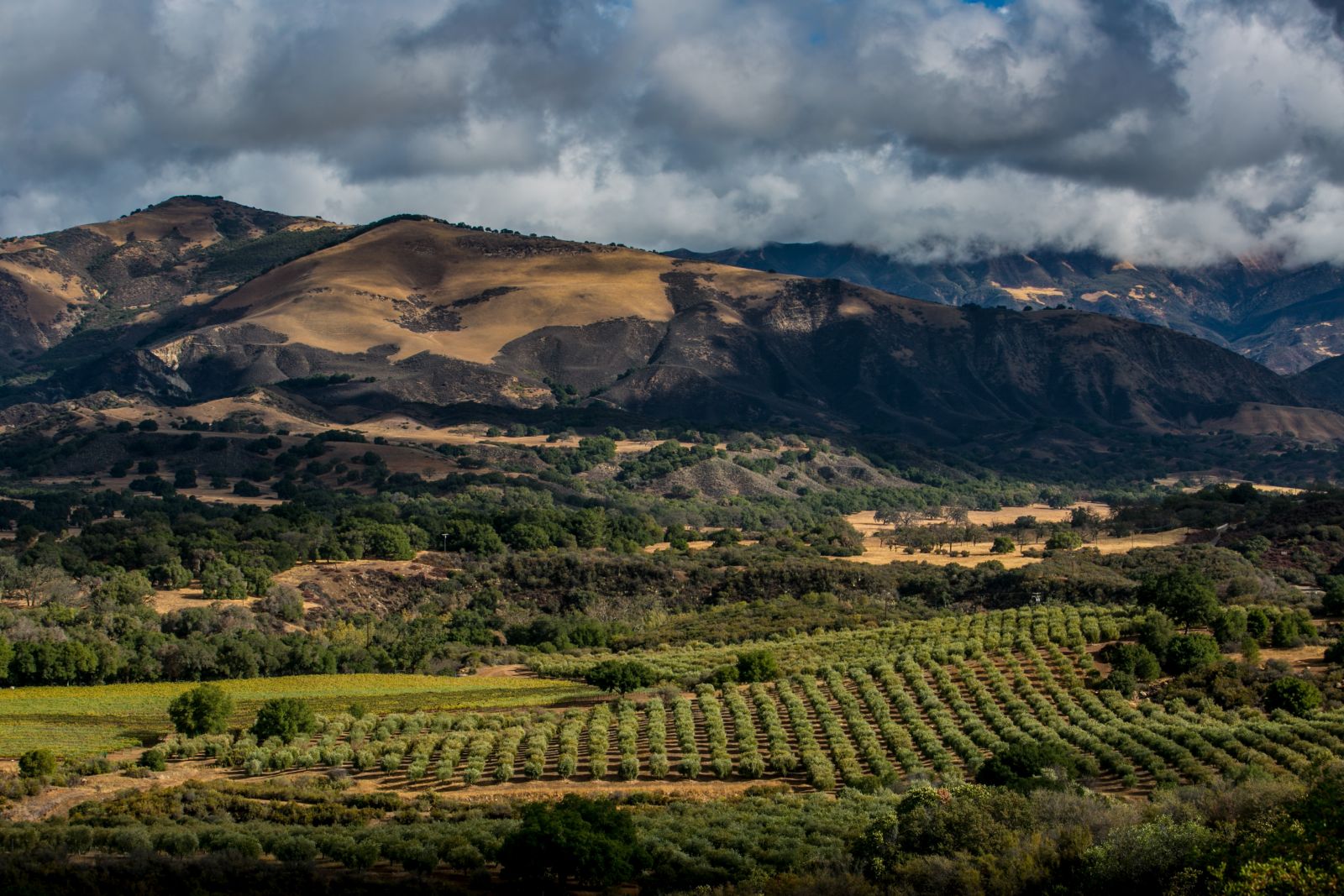 Its close proximity to Los Angeles has made the Santa Ynez Valley a popular weekend getaway destination for its wine scene as well as its other agricultural gems, like this olive ranch. (George Rose photo)

And that includes Highliner. You can enjoy it at The Hitching Post II Restaurant in Buelleton. The movie takes place and was filmed there, as well as around Buellton, Solvang, and the wine-producing countryside.

Even better is tasting the famous Highliner Pinot with the winemaker who created it, Gray Hartley.

I was pretty thrilled to do just that in the small Hitching Post Wines tasting room, which opened in a farmhouse beside the restaurant last year.

The Alaska fisherman-turned-winemaker named this Pinot, blended from the top barrels of that year, for the highliner, a top fisher in the fleet. 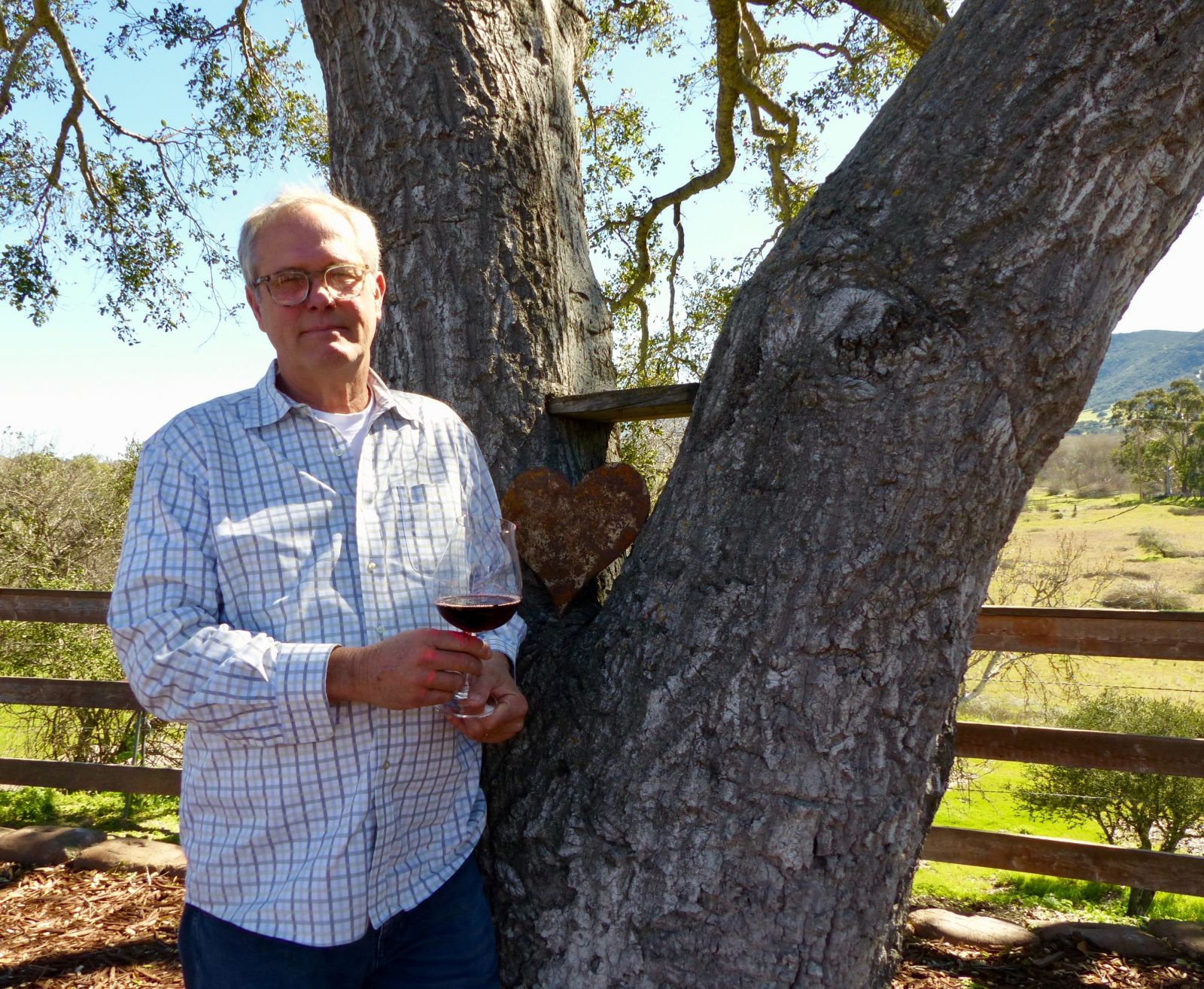 Gray Hartley is the co-owner of Hitching Post Wines’ Highliner Pinot Noir, a wine that is celebrated in “Sideways”. Hartley provides travelers with private tastings at the tasting room in Buellton. (Linda Barnard photo for VacayNetwork.com)

In the tasting room, sample a flight of wines with lunch or a snack. There’s memorabilia from Sideways and movie stills and behind-the-scenes photos on the walls, including stars Oh and Madsen stomping grapes.

The five-wine reserve tasting ($20) includes Highliner Pinot Noir 2015. Or book a private winemaker tasting with Hartley or Ostini for $60 per person. With a storyteller like Hartley across the table, I’d say that’s a steal.

Fifteen years after Sideways premiered, pinot noir remains popular. Same for the movie, which brings tourists to the Santa Ynez Valley to explore and enjoy some of the less-dramatic Sideways experiences. 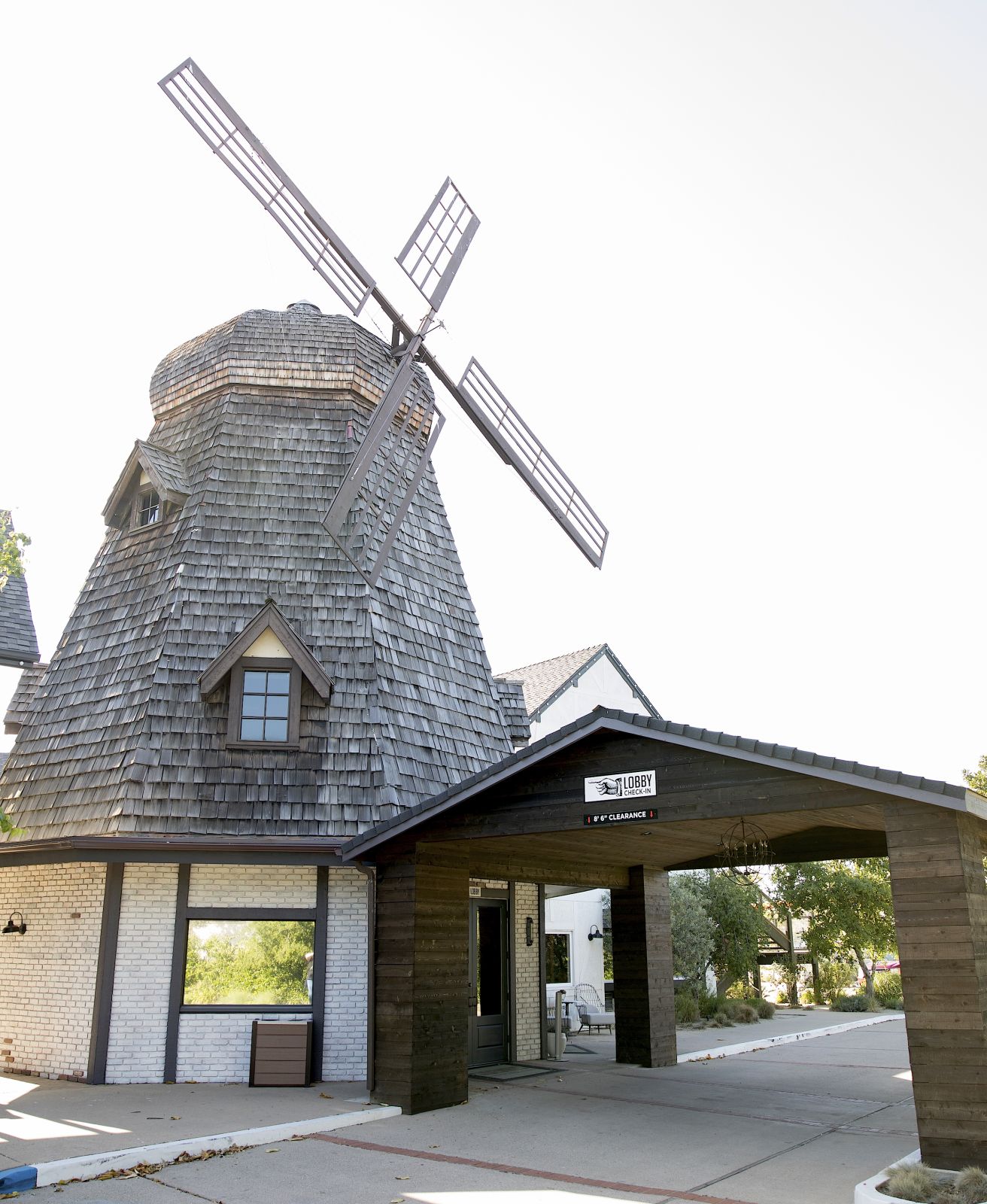 Silver-screen characters Miles and Jack stayed in the former Days Inn in Buellton in “Sideways”. The property is now the luxury boutique stay called Sideways Inn and Lounge. (Photo courtesy of Visit Buellton)

Kathy Vreeland, executive director of Discover Buellton, says the movie has been as good for tourism as it was for pinot noir.

“There definitely was a Sideways effect,” she says. There were about 60 wineries in the Santa Ynez Valley in 1992. Today there are more than 140.

Vreeland says despite the growth, the region still retains the feel of farmgate wineries and small producers.

In other words, this isn’t Napa.

“They’re small scale. You see the owner or winemaker and they love to talk and share their stories,” she says.

Several local tour companies offer guided tours of Sideways locations and tasting rooms. If you prefer to do your own thing, download a self-guided tour map. The Visit Santa Barbara website also has a suggested itinerary, including a stop at OstrichLand between Buellton and Solvang, where Jack hotfoots it from menacing flightless birds in the movie.

There are also wine tour operators that include the Santa Ynez Valley, like Santa Barbara Wine County Tours.

You can even stay in 232, the same room where Miles and Jack bedded down. The former Days Inn in Buellton still has the windmill out front, but it’s undergone a renovation to become a “luxury boutique hotel” called the Sideways Inn and Lounge. Although it doesn’t look anything like the plebeian stay from the movie, room 232 is the hotel’s most-requested accommodation.

The Hitching Post II’s homey, no-frills dining room will give you a hit of Sideways nostalgia and wood-grilled Santa Maria-style barbecue. Sideways fans know it as the place where Miles’ love interest, Maya, worked. The bar was the setting for scenes that included several glasses (and a bottle) of Highliner.

It was also a hangout for novelist Rex Pickett as he was writing Sideways.

Over our glass of Highliner, Hartley referenced his favorite scene. It’s one set to quiet music where Miles responds to Maya’s question about why he loves pinot noir by uncharacteristically sharing as much about himself as the wine.

Hartley has the speech memorized. When he finishes, his voice is husky.

“That scene, when I first saw it, I had tears in my eyes and you can hear my voice starting to crack,” he says. “It continues to be the most memorable, as well as the most moving part of the movie.”

What about Giamatti? Did he feel that same passion for pinot in real life?

Tourism Websites: Visit Santa Barbara, Discover Buellton, and Visit Santa Ynez Valley are worth perusing as you plan your trip.

Old Friends and New Experiences are Heating Up in Cuba

A Safari Lodge in Southern India with Environmentalist Drive 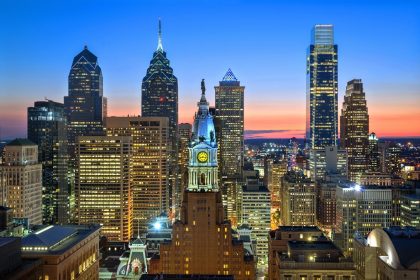 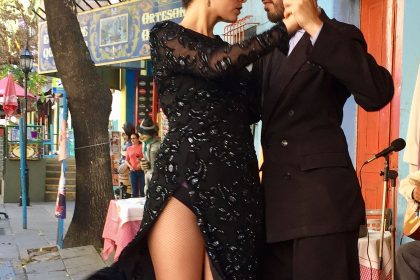 Lose Yourself to Tango in Buenos Aires