First let’s make one thing clear, the Island of Dominica is not the same as the Dominican Republic. When I told friends and colleagues where I was heading that confusion was apparent. No, my poor misguided friends, while the more recognized destination called the Dominican Republic entertains over 5 million vacationers yearly, the island of Dominica sees only 70,000 overnight visitors. Okay, I admit, when I was approached by my editor about this destination, I also envisioned being one of those Dominican visitors lying out on a white sand beach scorching my pale wintry Canadian skin to a nice state of rouge.

The fact that the little island of Dominica unfairly receives so little attention and respect by travellers is both unfortunate and appealing. There are no sprawling, expensive, glittery resorts, no cookie-cutter all-inclusives, and no over-crowded natural wonders being commercially exploited. This Caribbean secret is called “The Nature Island,” a place where you will find beauty unspoilt and culture preserved, on a green and mountainous island brimming with stunning natural splendour – dormant volcanoes clad in blankets of tropical vegetation, national parks, rushing rivers, sparkling waterfalls, hiking trails through tropical rainforest, and turquoise waters in picturesque bays where the snorkelling is superb.

Oh dream of dreams, here I was swimming through a sea of champagne, bubbles boiling all around me, (not of my own making, I promise), and rising gently to the ocean surface. I almost wanted to take the snorkel out of month and lap up the sparkling liquid – but I didn’t, of course, because sensibly I knew that drinking and diving don’t mix. Besides, the gross salty seawater might have spoiled this dream that had me frolicking around in a goblet of booze.

This is the Champagne Reef; a colourful and lively coral cloaked in vivid sponges that arcs off the southern western shore of the beautiful island of Dominica, where subterranean geothermal springs make the sea fizz with bubbles. The volcanic gasses warm the clear aquamarine water and attract a huge number of unique and startlingly beautiful fish. Head out on your own, or better still, hook up with a guide who will explain all the fanciful sea creatures you run across – seahorses, frogfish, scorpion fish, bat fish, lobster and crab, and waterfalls of creole wrasse and many other schools of fish that plunge over the vibrant reef.

The Calypso Witch’s Cabin from “Pirate’s of the Caribbean Dead Man’s Chest” on the Indian River. (Jamie Ross photo for VacayNetwork.com)

Pirates of the Caribbean

With a landscape so dramatic and vibrant, it often feels like you are wandering through through a film set, so its little wonder Dominica was selected as the backdrop for many of the scenes of “Pirates of the Caribbean – Dead Man’s Chest.” The Indian River is one of those recognizable locations, eerily beautiful, and the deepest river on the island. I rent a wooden long boat in the town of Portsmouth, and my boat operator and guide Ajahlie navigates slowly upstream into the dense rainforest. Tall trees with gnarled branches stretch out to form a canopy over the wide river, and splashes of colour are provided by seaside hibiscus, whose flowers turn from yellow to orange as they age. Egrets, herons and kingfishers blend into the tangle of roots exposed on the river banks.

The Indian River Boats tied up at The Bush Bar. Rent a wooden long boat in the town of Portsmouth and enjoy an adventure in the dense rainforest. (Jamie Ross photo for VacayNetwork.com)

We paddle past places used as locations in the film, like the Calypso Witch’s Cabin, and stop for a break at a dock shaded by mangrove and bloodwood trees that belongs to the Bush Bar, a favourite hangout of Johnny Depp’s during filming. Here, cooling off with a homemade rum concoction, I almost expect Captain Jack Sparrow to make an appearance.

Kalinago Barana Aute is a wonderful way to take in Kalinago architecture and see a way of life before the arrival of Christopher Columbus in 1493. (Jamie Ross photo for VacayNetwork.com)

The village called Kalinago Barana Aute, on the rugged northwest coast of Dominica, gives you a rare glimpse into Kalinago architecture and their way of life before the arrival of Christopher Columbus in 1493. Kalinago territory, a large area of 4,000 acres established by the British in 1903, is home to the largest remaining population of Kalinagos in the Caribbean. A guided tour around the beautifully re-constructed settlement gives a background on the fascinating history of this indigenous people, and you can learn about their food, natural medicine, warrior mentality, family life and the island’s flora which the Kalinagos used masterfully, from the stems of the larouma plant used by the women to weave fish baskets to the strong gommier trees reserved for the construction of their dugout canoes. These hewn long boats were fast, silent and agile, and a major factor in the Kalinago’s ability to successfully resist all European attempts to invade Dominica for almost 200 years. Make sure to sample the Cassava bread baked on the premises the traditional way. The Europeans would rename the Kalinago “Caribs,” a word that would influence the name of the entire Caribbean region.

The Waitikubuli Trail is a 184 kilometre hiking trail that takes adventurers from Scott’s Head in the south, through the mountainous jungle and rainforest interior, to Cabrits at the northern tip. (Jamie Ross photo for VacayNetwork.com)

Waitikubuli is Dominica’s native name, meaning “tall is her body,” which describes the island’s long, thin shape. Well, you could also describe her body as wild, rugged, untamed, lush and quite dramatic. Waitikubuli is also the name of the island’s 184 kilometre hiking trail that takes adventurers from Scott’s Head in the south, through the mountainous jungle and rainforest interior, to Cabrits at the northern tip. For those without the two-week time needed to take the full trek, the trail is divided into 14 segments, or there are many other shorter hikes. Take a 4.5 km hike into Boiling Lake and the Valley of Desolation, which showcases hot streams, sulphur deposits, boiling mud, mini-geysers and fumaroles. For those seeking easier waterfall hikes in Dominica, try Trafalgar Falls and Emerald Pools, or Middleham Falls, the island’s tallest waterfall, with its large buttressed Chatannye trees along the path.

The waterfall at Papilotte is one of several reasons why Dominica is called “The Nature Island. (Jamie Ross photo for VacayNetwork.com)

Take a Drive into the Jungle

Dominica is one Caribbean island that beckons you away from the coast and beaches and into its mountainous interior, so may I suggest hiring a car and undertaking an unforgettable, dizzying drive through the island’s rainforest. With 365 rivers, one for every day of the year, navigating this small island of only 750 square kilometres takes time, but it is time well spent. Traffic is scarce, but honking is essential, for the climb into the jungle is full of constant switchbacks and blind corners. The roads wind past stray dogs and squat metal-roofed homes enveloped by vines, bromeliads, ferns and Flamboyant trees. Palms, Breadfruit, Papaya and Jackfruit trees provide a canopy over the roadway with a look both enchanting and menacing, and as if there wasn’t enough flora, old car tires painted in pastel colours and planted with red and yellow flowers line the roadway.

Pedestrians appear out of nowhere, walking the winding roads at all times of day, clutching either an umbrella or a machete, and often both, presumably to fend off the encroaching vegetation or the inevitable rain. Our driver, Martin, seems to know everybody, and toots his horn for every passer-by, as well as every dangerous corner. He also knows, and this is the value of a hired driver, every hidden gem; restaurant, roadside pub or secret hot spring. Dominica’s volcanic landscape and hot sulphur springs is a huge draw for those seeking relaxation and wellness, and we stop often for a soothing soak in a hidden pool or to grab a Kubuli beer to calm our nerves, suitably frayed by the jungle drive.

Need refreshment? The friendly people at Roseau Market will make sure you don’t leave the island thirsty. (Jamie Ross photo for VacayNetwork.com)

There is just something about the Caribbean that sets it apart, a certain cool, hip, laid back vibe that has you wishing you were twenty again and a beach drifter. The little island of Dominica is such a place, not really discovered yet, a bit like her neighbouring islands were some 50 years ago. The locals are warm and welcoming and seem genuinely intrigued by the small group of visitors who opt to venture into their little corner of paradise.

Only three months after from the devastation caused by Hurricane Maria, Dominica is showing the world the amazing resiliency of both her people and her natural setting. Work is ongoing at restoring the numerous sites that the island is known for, including the Emerald Pool, Milton Falls, the Botanical Gardens and Trafalgar Falls, places that resonate with the true adventurer, the health and wellness fanatic, the underwater lover and of course the individual enchanted by the people and communities of the Nature Island. There are also various Voluntourism Packages being offered by the Discover Dominica Authority with the goal of having the island fully operational by January 2018. Visit www.dominicaupdate.com for more information.

Information: Dominica is officially the Commonwealth of Dominica, a sovereign island country. The capital, Roseau, is located on the leeward side of the island, and is full of marvelous architecture, enthralling history and inviting markets. The island lies south-southeast of Guadeloupe and northwest of Martinique.

Getting There: LIAT flies to Dominica directly from Barbados, Antigua and San Juan, while Westjet and Air Canada service these gateways. Island hopping from nearby Martinique and Guadeloupe by ferry is also a popular way to access the Nature Island.

Contact: Dominica specializes in small personalized service (there are no major chain hotels). For details on accommodation and activities go to www.DiscoverDominica.com

In Search of the Secrets of Argentina's Great Steak

Even in Ruins, Ephesus and Its Achievements Remain a Wonder 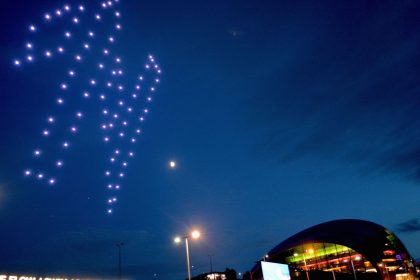 Northern England Lights Up with Culture at its Great Exhibition

Tampa Bay Sets the Table with a Delightful, Delicious Cookbook 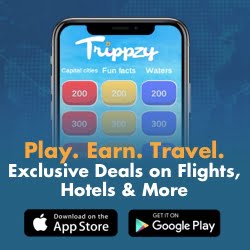